Sometimes as Leaders we can fall into the trap, when asked by one of our team for advice, of automatically giving them the answer. This may be a sign of a Leader or an expert, but how effective is this approach in developing leaders behind you? You will never hear me say ‘don’t give advice’, that’s your judgement call, (and I am assuming that the team member has the competencies and technical training to do the job), but too often I have seen well meaning Leaders creating a dependency culture within the team because they have positioned themselves as the “fount of all knowledge”. In the end they paid a high price. Team members became stuck because they were not developing and many chose to move on. The Leaders themselves became overworked and stressed because the new team members were pulling out of them and the cycle continued.

There is a way of constructing a question that empowers others to overcome obstacles and find their own solutions to the problem. Recognise that the brain that has the problem nearly always has the solution. 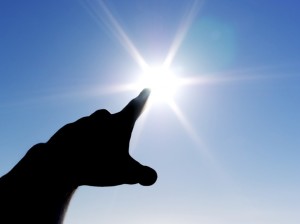 An empowering question begins simply with ‘If you knew that’, then you insert the positive opposite of whatever the limiting assumption is and you end the question with an action for example, ‘If you knew that you could increase sales by 40% what would be the first step you would take?’ Simply telling someone they can increase sales by 40% is unlikely to unlock their belief in their ability to do so. However asking them a question that allows them to think of the possibilities as if they were true frees the mind from panic and allows new outcomes to emerge.

It sounds to simple right?……but it really works. Ask the thousands of Leaders who have come on the Personal Leadership Programme and have looked at me as if I had two heads!!!! …… then went and tried it themselves and have been blown away by the results.

An important consequence of asking an empowering question is, that as a Leader, you do not end up with the responsibility for the outcome of the action.
Let’s say you give advice to a team member or colleague on how to tackle an issue, if it doesn’t work out who do they blame? You!! On a subconscious level they do not take responsibility.

So Unleash Empowering Questions in your organisations and watch how many of your team can actually figure things out themselves.

The best of luck!! 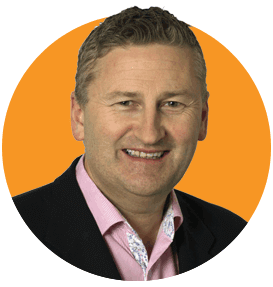